How APT works – a sample is prepared in the form of a very sharp tip, typically using FIB. The tip is cooled and biased at a high DC voltage (3-15 kV). The very small radius of the tip coupled with the high voltage induce a very high electrostatic field at the tip surface, just below the point of atom evaporation. The biased tip is then subjected to laser or HV pulsing and one or more atoms are evaporated from the surface and projected onto a Position Sensitive Detector (PSD).  The detector allows simultaneous measurement of the time of flight of the ions giving mass to charge ratio, and the (X,Y) position of the ion impact on the detector allowing reconstruction of the original position of the atoms on the tip.

By repeating this sequence, the atoms are progressively removed from the tip, and a 3D image of the material can be reconstructed at the atomic scale. 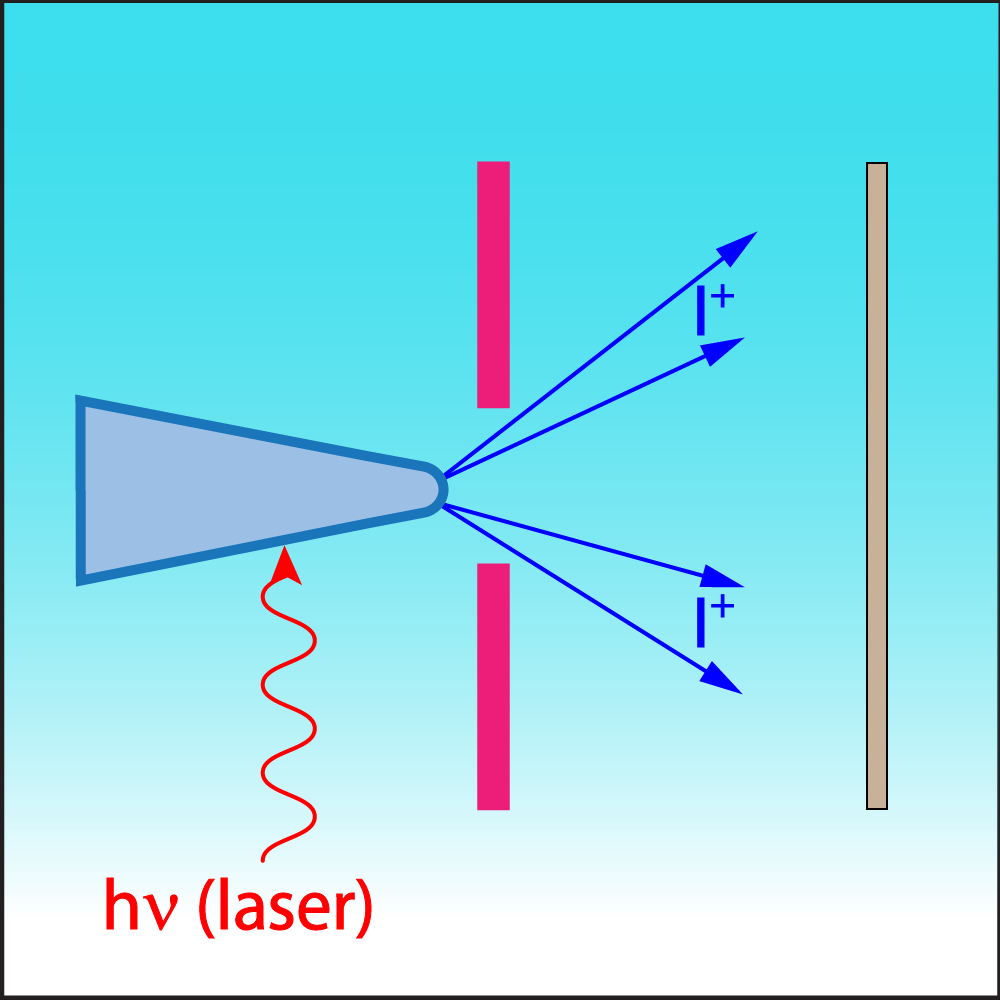