Filmetrics F20 is used to measure the thickness and optical constants (index of refraction and coefficient of extinction) of transparent and semi-transparent thin films. Measured films must be optically smooth. Commonly measured films include semiconductor process films such as oxides, nitrides, resists, and polysilicon, optical coatings such as hardness and anti-reflection coatings, and other industrial coatings such as polyimides and diamond-like carbon. Films that can not be measured include very rough films and opaque films. 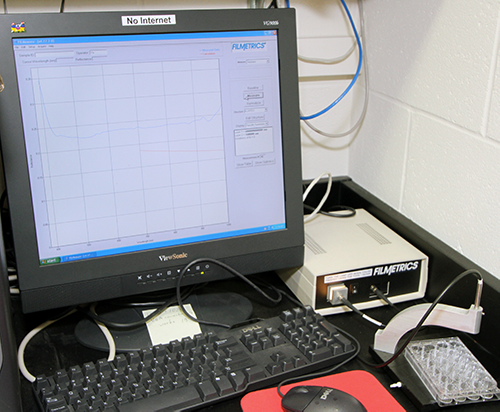